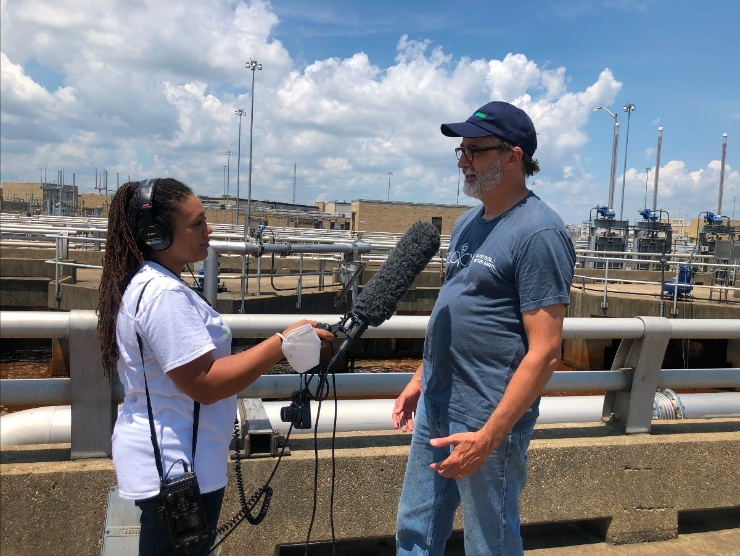 New wastewater-treatment tech is cutting carbon emissions by converting our waste into garden-safe fertilizer — despite the ick factor.

Let’s talk about gardening technology. Not some fancy gadget for monitoring water or sunlight, but technology that feeds the dirt itself.

At Annie’s Ace Hardware in Washington, D.C., among the potting soil and ceramic planters and lawn care items, there’s a relatively new entrant into the fertilizer market. It’s called Bloom and it costs about 50 cents a pound, but it took about $450 million worth of tech and investment to get it there. Annie’s Hardware is one of the few stores in the city that sells it.

General manager Thomas Vedrody said Bloom is considered a “biosolids” fertilizer. “Which is, I’m just gonna say, it’s code for human poop. And once you get past that, it’s great. It’s a great fertilizer,” he said. “And, you know, we joke sometimes, it’s artisanal, which, when you think about it, it’s hilarious.” Actually, exceptional quality biosolids are treated in a manner that reduces any pathogen to below detectable levels, and are safe for residential landscapes, and frequently used on parks and golf courses because of its exceptional soil nutrient value.

Most people are used to using animal manure on plants, and processed human waste has been used in industrial agriculture and landscaping for years. Bloom is made by DC Water’s Blue Plains, the local wastewater-treatment facility. But that’s not what they call it.

“We don’t even refer to ourselves as a wastewater treatment plant anymore, but rather as a resource recovery facility,” DC Water’s Chris Peot said.

Read or listen in full here.