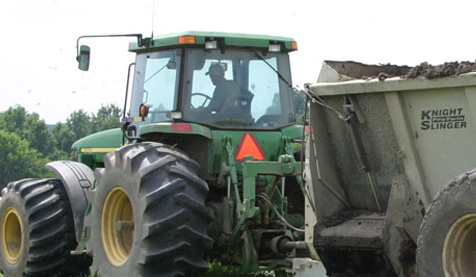 A study purporting to show a relationship between the land application of biosolids and human health appears to be nothing more than a collection of unverified complaints generated by anti-biosolids activists.

The study, released on March 11, 2013, was authored by Dr. Steven Wing and others from the University of North Carolina and titled “Land Application of Treated Sewage Sludge: Community Health and Environmental Justice.”

While a UNC news release claims the study demonstrates that biosolids  “may be causing illness in people up to a mile from where the sludge is spread on land,” the study itself  stopped far short of making such a claim.  In fact, the study included the following disclaimer:  “Our study was not designed to quantify the prevalence or incidence of reported symptoms, health impacts and other concerns in populations near land application sites.”

In an interview in a Chapel Hill online newspaper, Chapelboro, Amy Lowman, a co-author of the study, was reported as admitting that “[O]f the information that was gathered, the study does not indicate whether or not the treated sludge is causing the sickness.”  The headline on the Chapelboro story was: “Study Finds No Conclusion Of Link With Sludge-Based Fertilizer And Human Illness.”

Dr. Wing described his proposed study in 2008 during a presentation to the Virginia Expert Panel on Biosolids, which was created by the Virginia General Assembly to study biosolids and health. Concerns were expressed then that Wing’s study would not follow accepted scientific protocols, but would only collect unverified claims of health effects from people who were already outspoken opponents of biosolids.

Unverified Claims
The UNC study was not a scientific study to determine whether or not biosolids were linked to human illness. All the study did was collect the unverified claims, or “perceptions,” of people who had been recruited for the study through “community-based groups” that are opposed to biosolids. Other people volunteered to participate after hearing about the study from other activists. This approach, which the authors describe as “purposive sampling,” actually is nothing more than self-selection bias, which valid scientific studies seek to eliminate through random sampling of much larger populations. In other words, the researchers—on purpose—decided to only interview those people who had already expressed opposition to biosolids.

Dr. Wing said during his 2008 appearance at the Expert Panel that he would not interview farmers who had applied biosolids to their land because they would be biased. He thus excluded the very people who had been living on the farms receiving biosolids for years, apparently in the belief that they would lie about adverse health effects to themselves and their families because they were receiving economic benefits from biosolids!

Yet, he solicited and accepted without question the claims of opponents of biosolids, who also had very obvious self-interests.  There was no checking to determine whether biosolids had actually been applied, no checking of medical records, no checking with public health or environmental officials.

Built-in Biases
Dr. Wing’s study was tainted with multiple biases from the beginning and it is certainly no surprise that he got the results he desired.  Here are just a few examples:

Expert Panel: Biosolids not linked to health
It is revealing that despite five years of study in three states—Virginia, North Carolina and South Carolina—the authors of this study were only able to identify 34 people who would make health claims against biosolids. This despite the land application of biosolids on thousands of acres over many decades. In Virginia, only eight people were interviewed.

It should also be noted that the Virginia Expert Panel on Biosolids solicited comments from individuals who claimed that their health had been affected by biosolids. It is likely that many of them, who are anti-biosolids activists, were included in the UNC study. In no case, however, was the Panel able to verify a link between biosolids and the health claim, either from the claimant’s personal physician or from a public health official.

While the Panel, which included physicians and public health and environmental professionals, observed in its final report that while more research is always desirable, it “uncovered no evidence or literature verifying a causal link between biosolids and illness.”

Finally, The Panel also cited an exhaustive survey by three respected epidemiologists of the available research on biosolids and health.  The report, which was commissioned by the Virginia Department of Health, was cited as follows in the Panel report:

“Although much still needs to be learned about the content, bioavailability and fate of chemicals and pathogens in biosolids and their health effects, there does not seem to be strong evidence of serious health risks when biosolids are managed and monitored appropriately. Human health allegations associated with biosolids usually lack evidence of biological absorption, medically determined human health effects, and/or do not meet the biological plausibility test.”